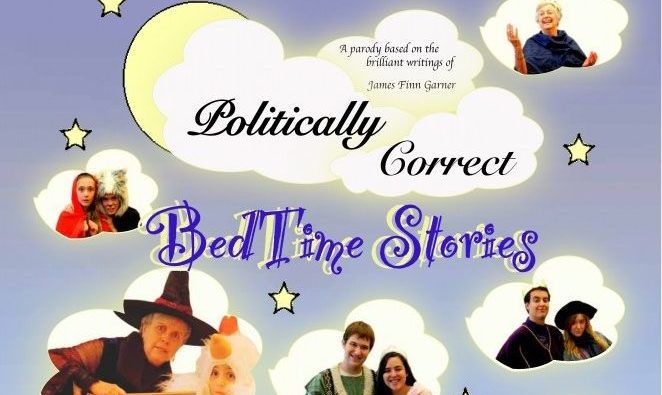 A witty, wild romp down fairy tale lane, liberating villains and victors alike from archaic stereotypes and prejudicial “isms” while keeping you laughing on the edge of your seat.
Puss in Boots is a political spin doctor, princesses become environmentalists, and the Three Little Pigs organize a revolution.  Jack finds out that giants aren’t that bad as communes run wild in fairy tale land. Based on the brilliant writings of James Finn Garner, and adapted for stage by Felicia Pfluger.