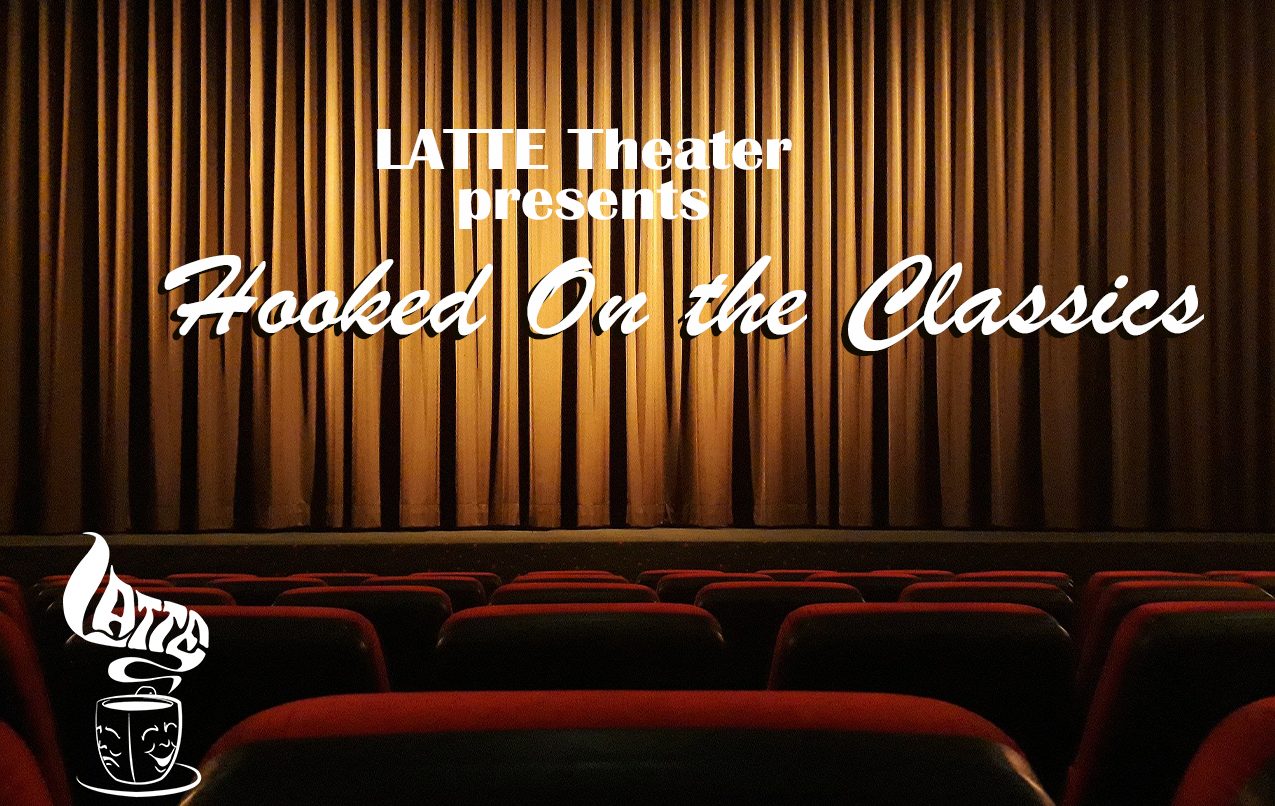 HOOKED ON THE CLASSICS
As an added bonus, enjoy Hooked on the Classics, the uproariously funny series of skits adapted for the stage by Felicia Pfluger, based on the book, Ten Classics in Ten Minutes as “A fusion of Masterpiece Theatre and The Reduced Shakespeare Company.” Don’t blink – or you will miss the rapid fire, domino effect humor and teens speed through acting out literary classics from beginning to end in 1 – 3 minutes!   Hooked on the Classics will leave you in stitches.
Literary classics performed may include: Robin Hood, The Great Gatsby, Romeo and Juliet, the Odyssey, Alice in Wonderland, Gone with the Wind, Oliver Twist  and The Grapes of Wrath.  Don’t forget to play “Where’s Waldo” with the LATTE chicken that appears in every LATTE production.  Note: side effects could include wanting to read great literature!

Cached Query Vendors?filterByFormula=OR({Name} = "Hooked On The Classics") needs refreshing in 300