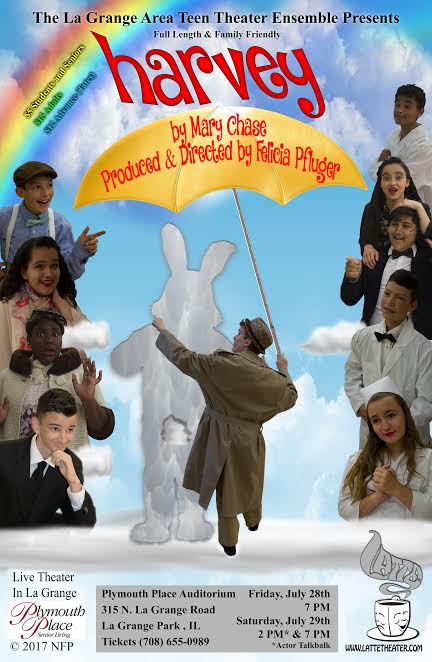 HARVEY
Everyone loves Elwood, a sweet and friendly man, with a very strange best friend—a six and a half foot tall, invisible rabbit named Harvey. Elwood’s sister Veta finally hits her limit after “that rabbit” interferes with her daughter’s launch on society, so she tries to have Elwood committed at the local sanatorium. Veta gets so hysterical explaining her brother’s condition that she is committed instead. Hilarity ensues as everyone wildly looks this mind-mannered hero and his invisible rabbit. Family friendly and full length.